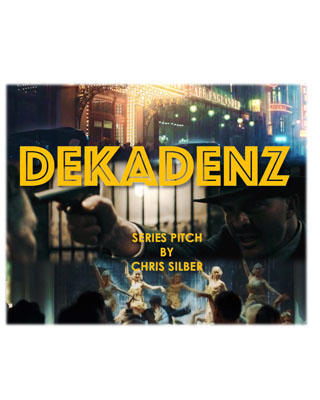 Berlin ‘The Golden Twenties’. A city of extremes where absolutely anything goes. Still shell-shocked by the immense bloodletting of WWI, everyone hungers for excitement.

For all its glamour and cosmopolitan flair, Berlin is a beauty that teases many, but satisfies few. Berlin is a mecca of novelty and decadence, a magnet for thrill-seekers from America and Great Britain.

Berlin’s antiquated police force is faced with the brutal birth of modern crime.

Our extraordinary story is told through the eyes of Anna Hoffman, a British forensics enthusiast. A strikingly beautiful young female detective from London but with German parents, Anna embodies a hallmark of the 1920”s: the rise of young women in society.

Berlin’s had just formed the world’s first forensic science police division, and Anna has been sent to Germany by Scotland Yard where she finds herself engulfed in a murder series foreshadowing history’s most evil empire.

Despite the debauchery of the day Anna’s biggest moral confrontation is with her own feelings towards fellow detective, Anton Wolff. At first, she appalled by his overt bi-sexuality but as work pushes them together she becomes even more attracted and conflicted; beneath Anna’s Catholic rigidness is a wild, free spirit, which promises a strikingly new and honest love affair.

This relationship, at times romantic, often confrontational as well as amusing, is the ‘engine’ that drives the emotional heart of “DEKADENZ”.