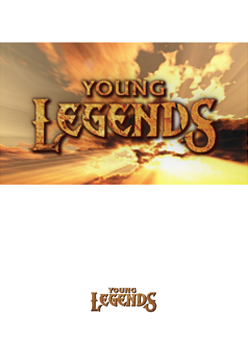 INTRODUCTION: ‘Coming-of-age’ adventure films designed for a family audience. Each film will look at the early years of well-known heroes and heroines – some real, some fictional. The films will be glamorous, exciting and exotic, with the music; visual style and pacing that will appeal to a contemporary audience. The cast will have “eye-candy” good looks to appeal across the generations, especially young teens.

CASTING: Each film will be cast with popular American actors as well as talent from the rest of the world, be it Asia, Middle East or Europe. Important that each film represents the world we live in and inspires kids from all parts of the globe – which at the same time will add to the value of international sales and potential ancillary income.

ANCILLARY INCOME: The films will attract major Licensing & Merchandising, including clothing, spin off books & graphic novels, figurines, cosmetic ranges, toys and more. It will encompass on line social networking, mobile phone downloads – as well as television & animation spin-off shows, Games, Apps and Music – even a Theme Park with a difference.

SPONSORSHIP: The series will be an attractive proposition for all kinds of sponsorship, as the films will be seen worldwide, and will appeal to a family audience.

SUMMARY: The manageable budgets will allow control to remain with the investor(s). The potential of major ancillary income from many sources allows “Young Legends” to be a business opportunity, based on its content, its cost and the control. It’s a Family Entertainment series with global youth appeal and is a rare media franchise opportunity. The first film “Young Cleopatra” is ready to go